A plane on the road (Presse-Océan) 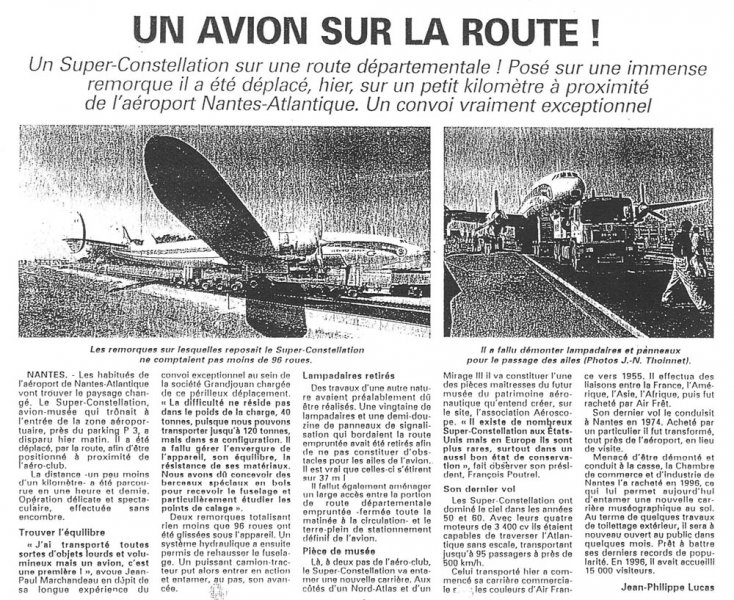 A Super Constellation on a secondary road! Placed on a huge trailer, it was moved yesterday, on a small kilometer near the Nantes-Atlantique airport. A really exceptional convoy!

The trailers on which the Super-Constellation rested had no less than 96 wheels.

The regulars of the Nantes-Atlantique airport will find the landscape changed. The Super-Constellation, a museum-plane that used to stand at the entrance of the airport area, near the P3 parking, disappeared yesterday morning. It was moved, by the road, to be positioned near the aeroclub.

The distance "a little less than a kilometer" was covered in an hour and a half. Delicate and spectacular operation, carried out without encumbrance.

"I have transported all sorts of heavy and bulky objects, but an airplane is a first," admits Jean-Paul Marchandeau, despite his long experience of exceptional convoying within the Grandjouan company, which is responsible for this perilous move.
"The difficulty lies not in the weight of the load, 40 tons, since we can transport up to 120 tons, but in its configuration. We had to manage the size of the aircraft, its balance and the strength of its materials. We had to design special wooden cradles to receive the fuselage and particularly study the wedging points.

Two trailers totalling no less than 96 wheels were slid under the aircraft. A hydraulic system was then used to raise the fuselage. A powerful truck-tractor could then enter in action and begin, with the step, its advance.

Work of a different nature had to be done beforehand. About twenty lamp posts and half a dozen signposts along the road had been removed so as not to obstruct the wings of the aircraft. It is true that these stretch on 37m.

It was also necessary to arrange a broad access between the portion of departmental road borrowed, closed all morning with the traffic, and the the final parking area of the plane.

There, close to the flying club, the Super-Constellation began a new career. Alongside a Nord-Atlas and a Mirage III, it will be one of the key pieces of the future of the future museum of aeronautical heritage that the Aeroscope association intends to create on the site. "There are many Super-Constallations in the United States, but in Europe they are rarer, especially in such a good state of preservation," notes its president, François Poutrel.

The Super-Constellations dominated the skies in the 1950s and 1960s. With their four 3,400 hp engines they were able to fly non-stop across the Atlantic, carrying up to 95 passengers at nearly 500 km/h.

The one carried yesterday started its commercial career in the colors of Air France around 1955. It flew between France, America, Asia and Africa, and was then bought by Air Frêt. Its last flight took it to Nantes in 1974. Bought by a private individual, it was transformed, near the airport, into a place of visit.

Threatened to be dismantled and scrapped, the Chamber of Commerce and Industry of Nantes bought it in 1996, which allows it today to start a new museographic career on the ground. After some exterior grooming work, it will be open to the public again in a few months. Ready to break its latest popularity records. In 1996, it welcomed 15,000 visitors.

Military police escort for the star of the sky 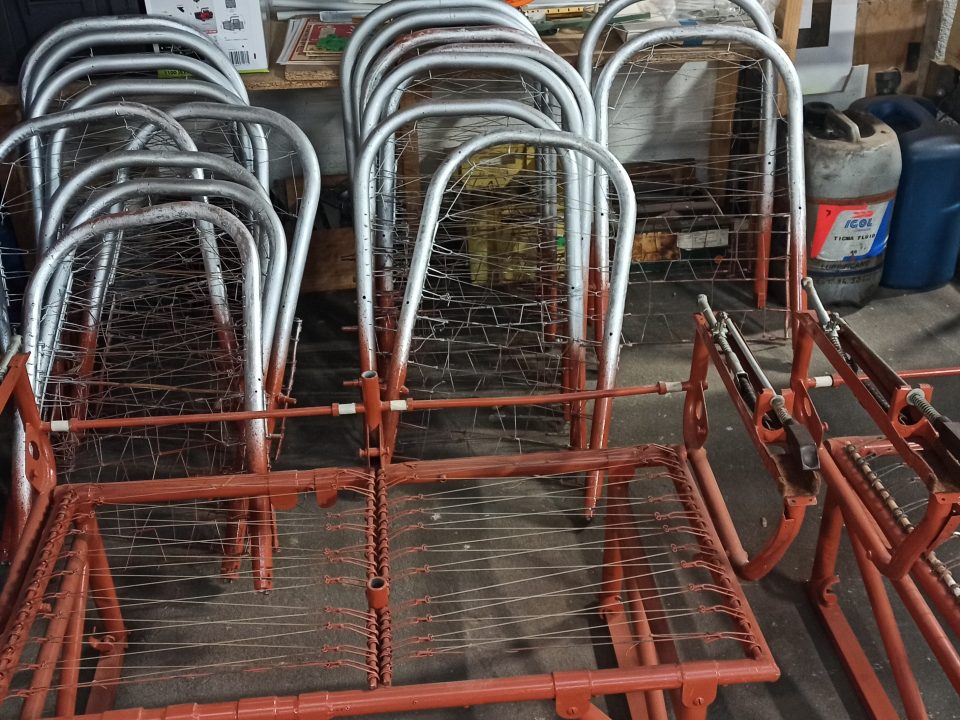 Soon 18 new seats for the F-BGNJ. Being refurbished in the MICHEL GOSNET workshop. 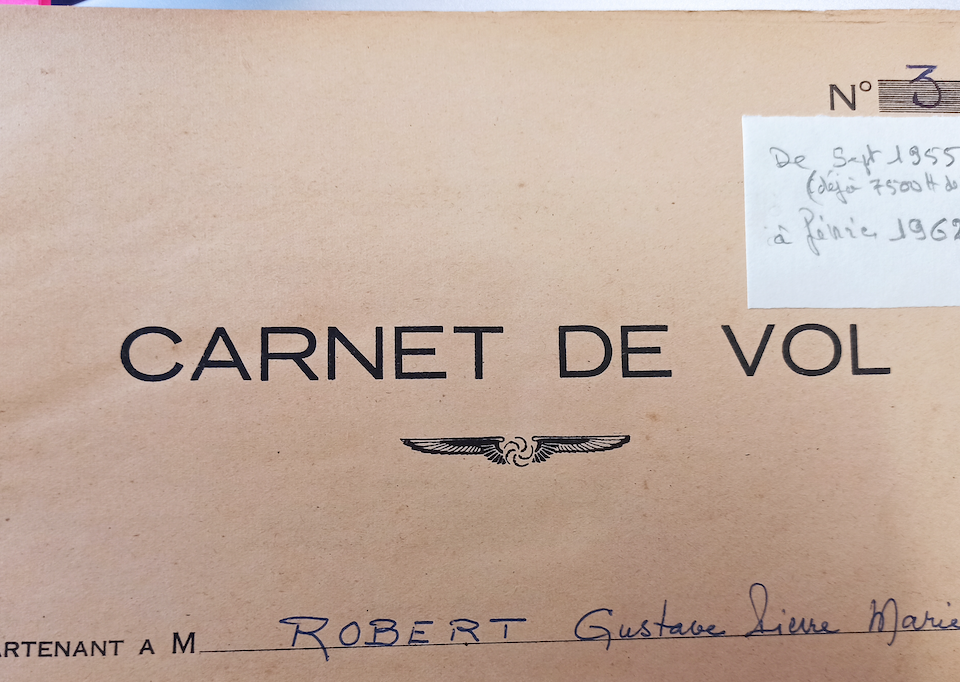 Gift of Gustave ROBERT’s family to the Amicale 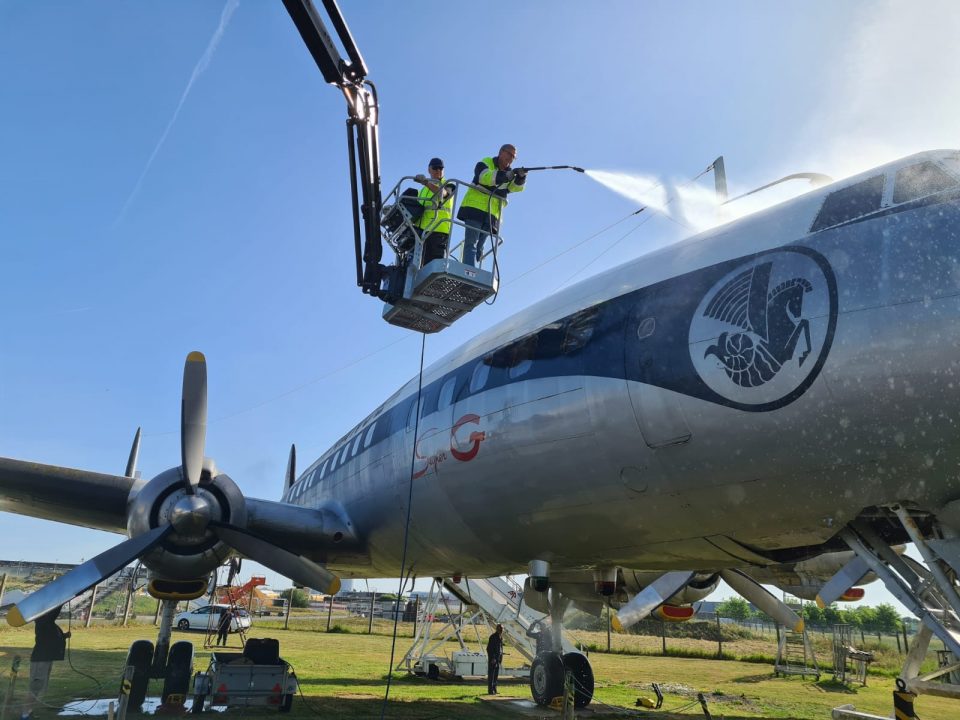