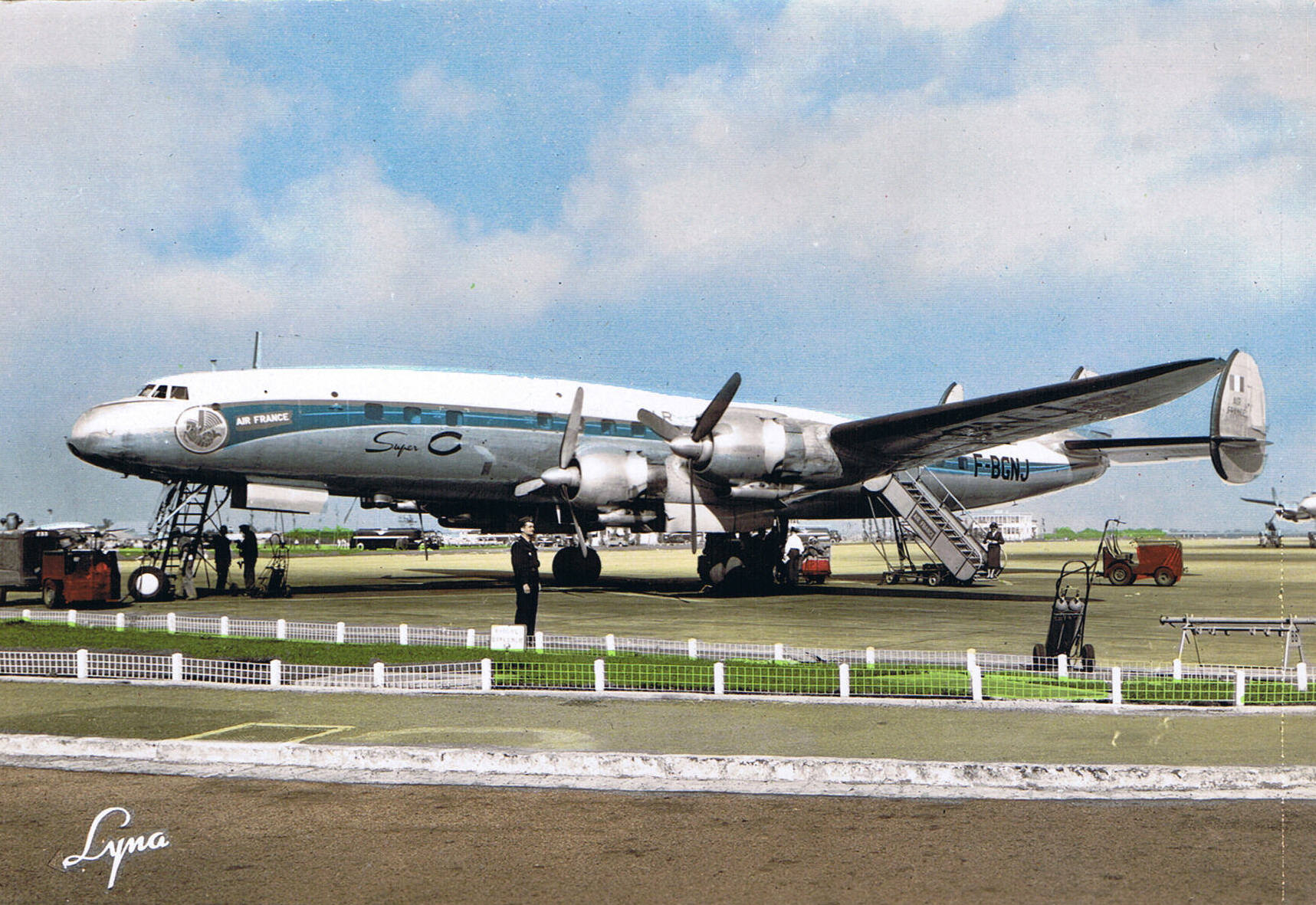 Under the registration F-BGNJ, the Super Constellation n ° 4519 of type L-1049 C, was delivered to Air France on November 2, 1953. He is today the only survivor of the 24 aircraft bought by the French Company from Lockheed. Put into commercial service on November 15, 1953, it opened the most prestigious lines: the BGNJ crisscrossed the whole world transporting the greatest celebrities of the time from Paris to Buenos Aires, from New York to Paris, or even flying over Pointe à Pitre, Pnom Penh, Caracas, Tokyo ... 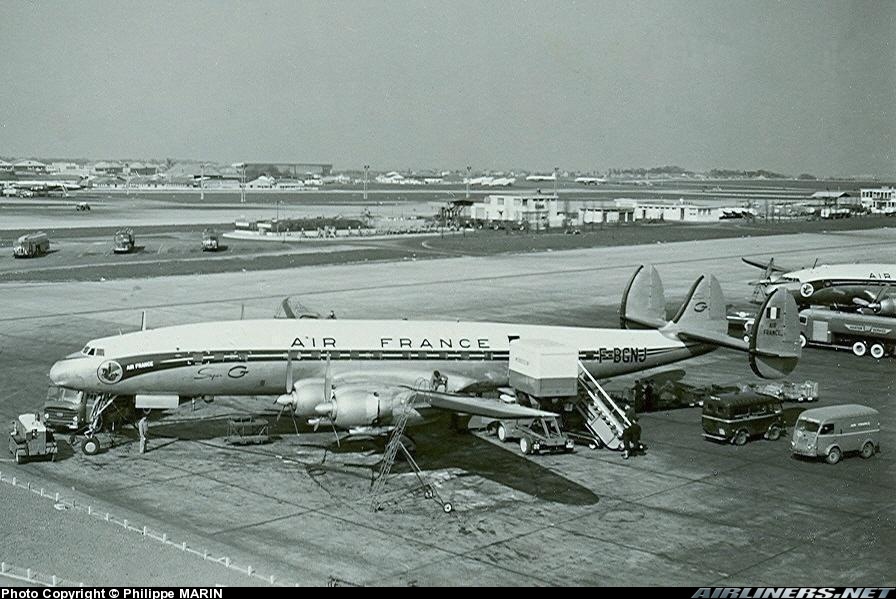 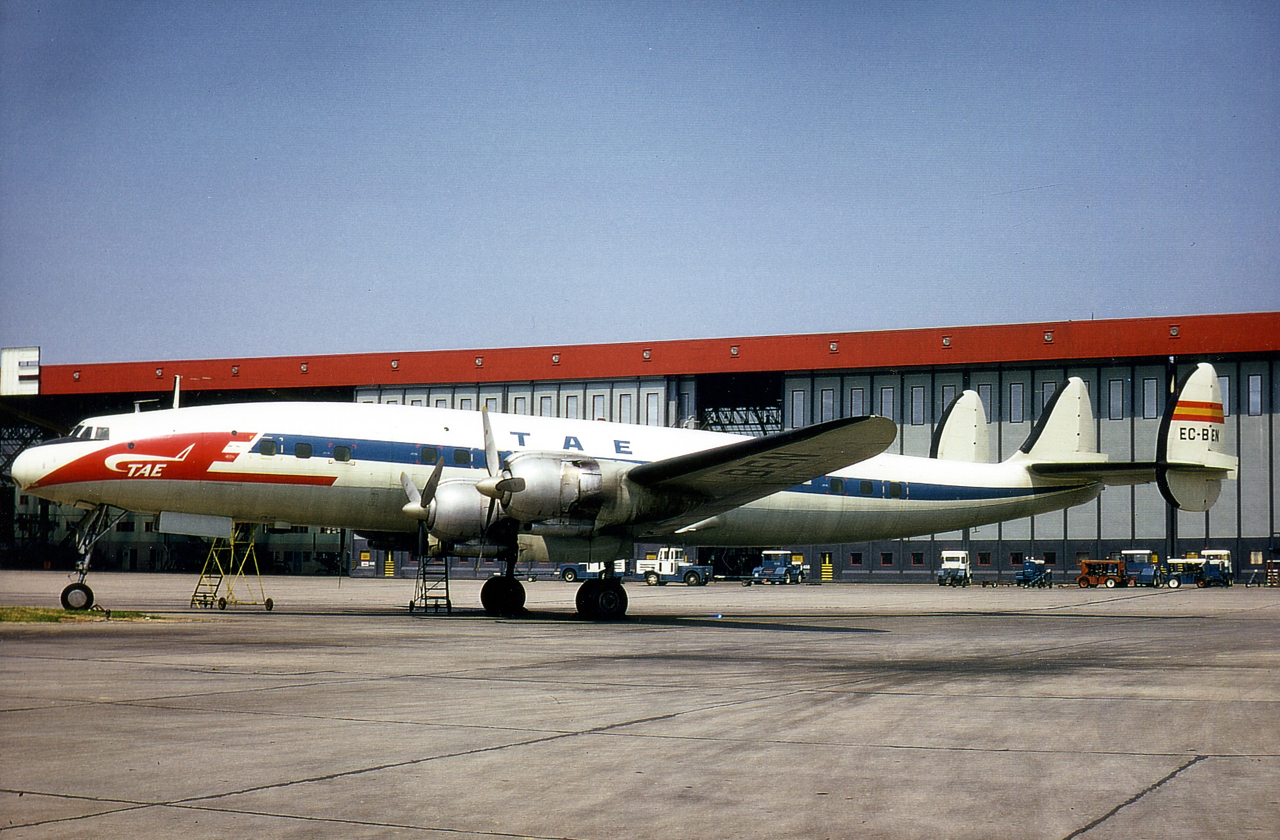 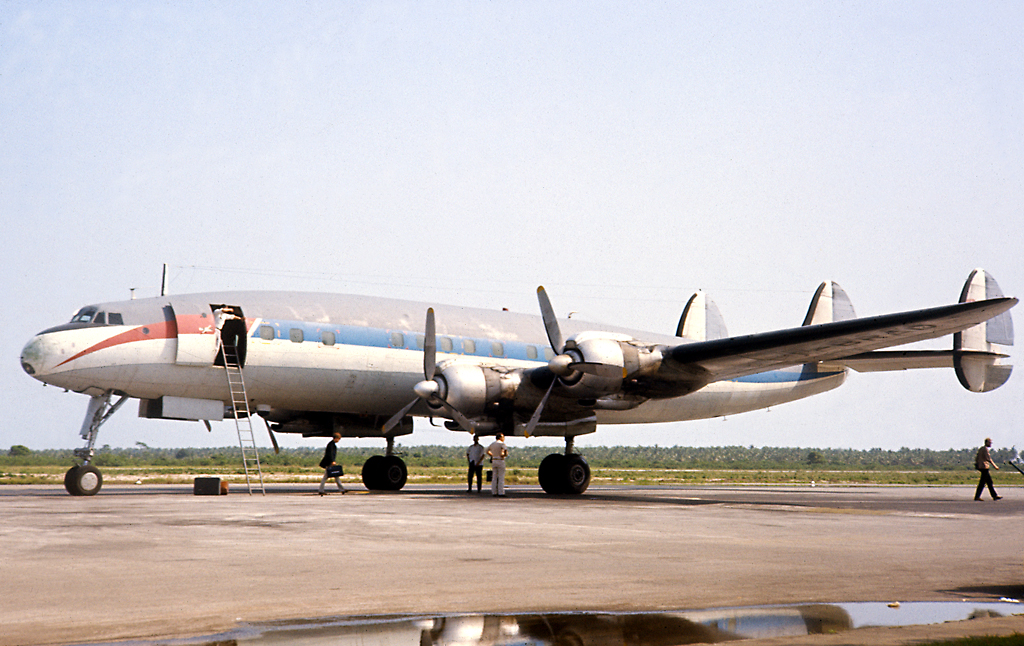 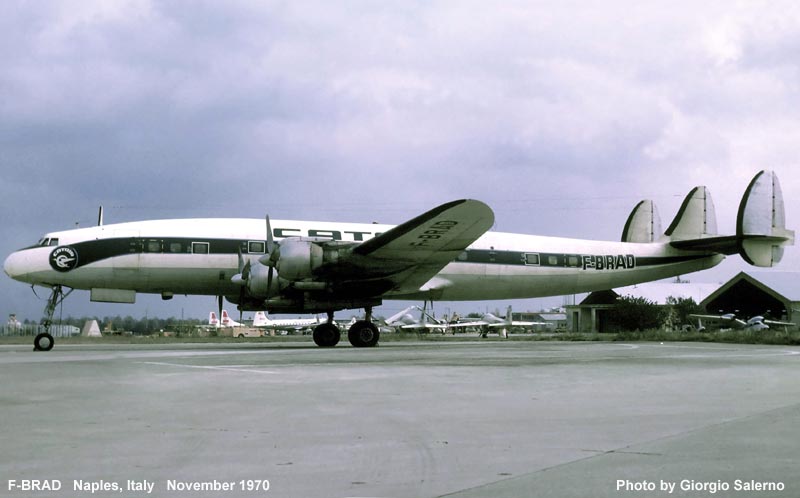 It was on August 8, 1967, after 24,284 hours of flight under his colors, that he was struck off the Air France fleet. It then briefly carries the Spanish registration EC-BEN, before being acquired in 1968 by Air Fret. It then took the F-BRAD registration and was immediately used by Air France crews to carry out medical evacuations in Biafra, at the origin of the “Aviation Sans Frontières” association which was born 10 years later. The Lockheed Super Constellation F-BRAD 1049-G landed definitively in Nantes, for its last flight in 1974. It narrowly escaped a scrap which was reserved for it and was bought by Mr. GABORIT, an individual who maintained it for several years with few means to show it to the public in the parking lot of the terminal. In 1999, it was bought by the Nantes-Atlantique Airport Chamber of Commerce and Industry and entrusted to our association for its restoration. 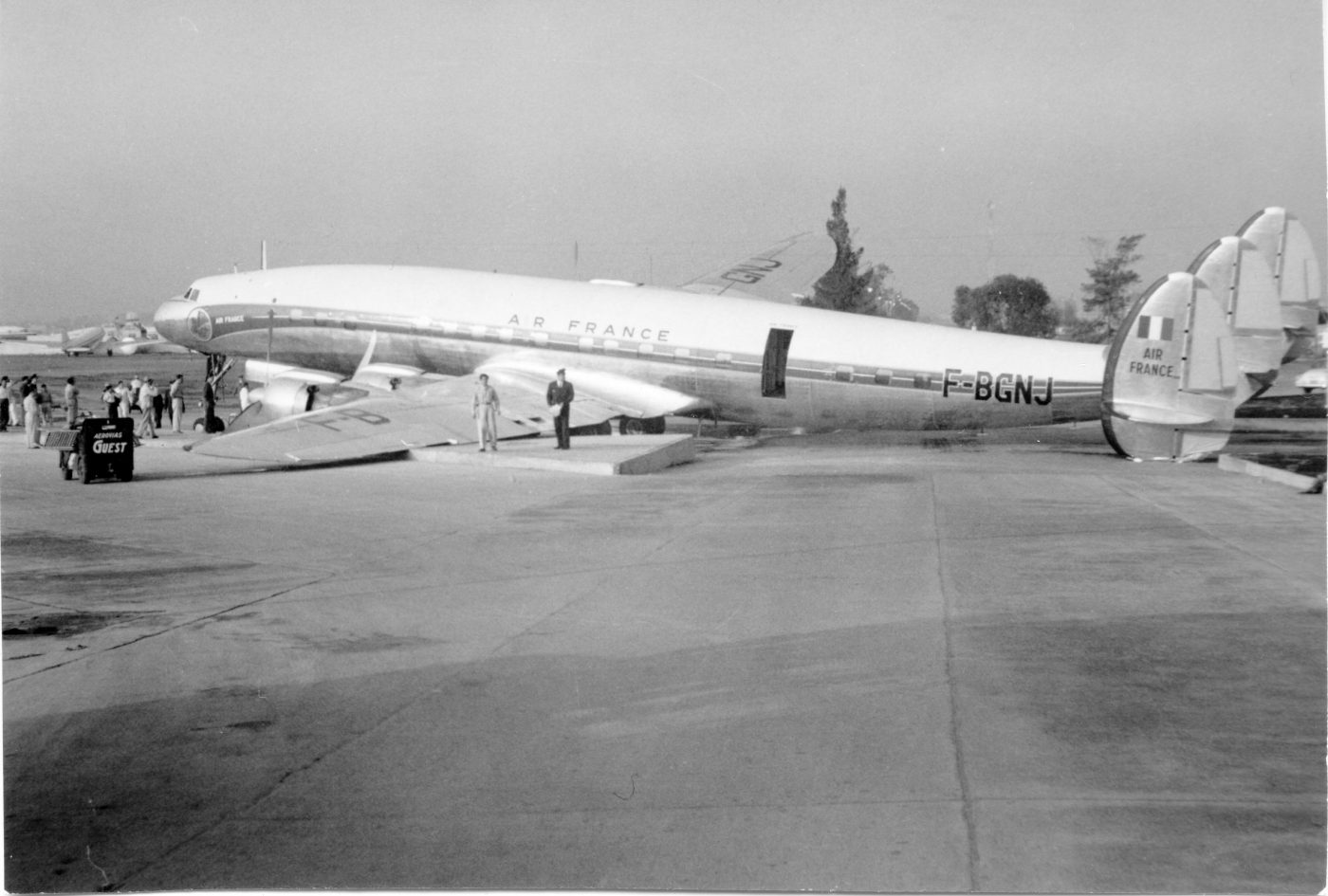 May 2, 1974 - After having flown over the whole world, a Super Constellation will perhaps arouse vocations in Château-Bougon. (press article) 11:43 a.m.! Coming from the south, a four-engine aircraft appears which describes a wide detour over the Nantes countryside, as if it wanted to soak up the landscape before abandoning the roads of the sky.
It is indeed, the Lockheed Super Constellation of the Catair, F-BRAD, bought by the Aéro-Club de Nantes to allow - in the near future - a ground visit of this Super G, with which on November 24, 1952 , Air-France created its Paris-Tokyo line via the India route in 45 hours.